I know you have been waiting eagerly for weeks now so here you are with our second episode of our TOP 100 ! 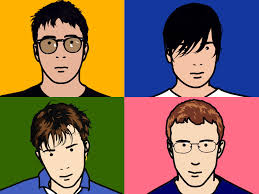 Not many bands of the so-called Britpop movement of the 90’s have had the honour of being in this Top 100. Why so? Mainly because these bands had a gift to craft good albums and took opportunity to be included in a movement that did not really exist, apart from the will of a few journalists from the N.M.E. in a desperate attempt to pretend that all great was still coming from the UK, but had not real talent. After a traditional and not so promising start, Blur quickly made the difference thanks to two amazing personalities in the band with Damon Albarn and Graham Coxon. In a career made out (for the moment) of seven LP’s, they embraced all kind of styles with passion and envy. Damon Albarn went even further exploring African music and creating other bands and in particular the great Gorillaz. Recent “21” box-set is a must for all those who want to discover one of our great contemporary bands. 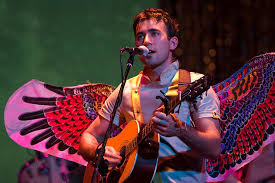 Sufjan Stevens is one of the musical joy of this new millennium and would probably never have appeared in the 20th century. The guy is so much representative of musicians we like in our ages : difficult to describe, very much educated and talented, nerdy but nice-looking at the same time, quite shy in real life but exuberant on stage, … With “Illinoise”, Sufjan Stevens had created one classical record which one can listen every other week. 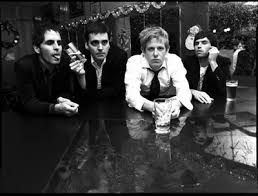 Led by Britt Daniel and Jim Eno (a good start with such a surname!), Spoon is one of those hidden-gem bands which built a strong following amongst music lovers in the last decade. They get better and better with every new LP and their music is at the same time very easy to listen to but with weird and original hooks that really make the difference. I only saw them once in Paris at the Elysée-Montmartre theatre a few days before it went in flames and got closed… 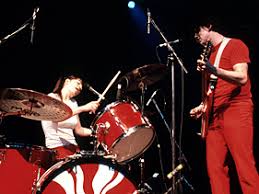 Jack White is a fantastic musician ; I have written it down in shows’ reviews but do not have issue in saying it again. The way this guy came in the 21st century with a very clear view about what his band was about is amazing : precise set of black/white/red colours choice, the mythology between him and Meg White (former wife ? sister ? The Velvet Underground Moe Tucker’s cool reincarnation?), his love of ancestral and authentic blues,…. The White Stripes were never as good as on stage and wrote as well one of the last hymns of our times (“Seven Nation Army”). The group disbanded a few years ago and I am not sure we will hear anymore about Meg whereas Jack is a musical force to bear with, either with his other bands (The Raconteurs, The Dead Weather) or with a new promising solo career. 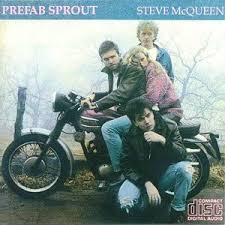 Paddy McAloon was one of the idols of my youth as the music he created with his band Prefab Sprout was so dreamy at a time when the charts were full of horrors. Paddy was for sure the creator and leader of this band but it would never have sounded the same without the soft drumming touch of Neil Conti or without the ethereal singing of his (then) girlfriend Wendy Smith. Their career had been relatively short in albums considering the fact that Paddy was a real perfectionist. They were famous for a couple of years but came back with the 1990 masterpiece “Jordan : The Comeback” which was to ambitious a piece of work to get on par with the charts. Paddy McAloon sort of disappeared from business life due to a rare illness that made him almost blind but everyone should hear “When Love Breaks Down” if not done yet and (re)discover a tremendous band.