Be warned: this post is an excuse to talk about one of the last living heroes: Mr. James Osterberg, alias Iggy Pop! Not really actually as I really think his presence and excellence throughout the year was huge and unexpected and that he deserved this virtual reward.

I let you read the review of his latest LP “Post Pop Depression” which ended up the year ranked #2 in our best of the year list. The good news is that Iggy Pop toured throughout the year for a few shows and that the band which played with him at least during the first part of the year was actually that present on the album. 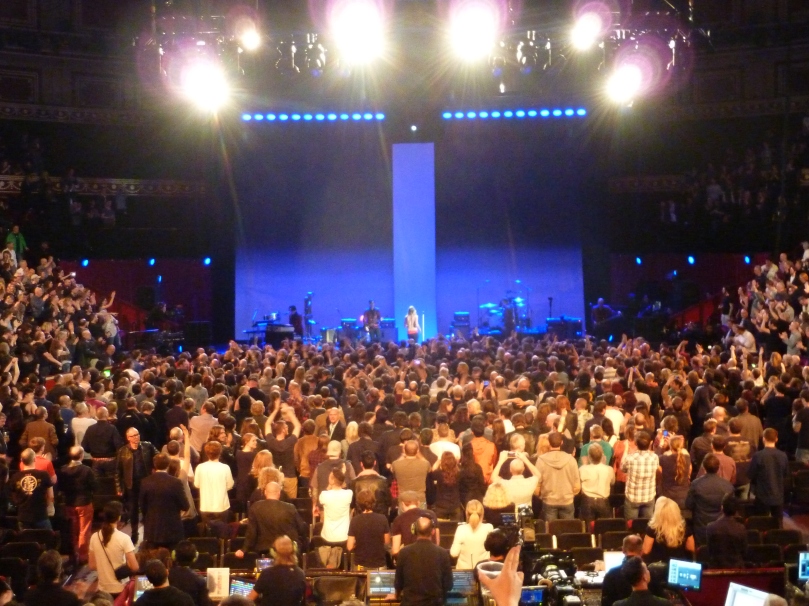 In particular, I was lucky enough to attend the 13th of May gig which occurred at the Royal Albert Hall in London. I know superlatives are easy and that music reviewers do have sometimes the tendency in being over-enthusiastic for the last album they listened to and for the last gig they attended. But trust me, this concert was definitely in my personal top four, which means a lot for someone who spends his life listening to live music. For the record, the other gigs would be Jeff Buckley in 1995 (Paris Olympia), Radiohead in 1996 (Paris la Cigale) and Tom Waits in 2008 (Paris, Grand Rex). Why was this concert so amazing? First, the Royal Albert Hall is a very specific and beautiful place but I do admit we are just dealing with the environment here. Secondly, apart from the original Stooges, Iggy Pop has never played with such a great and smart band: Josh Homme, Dean Fertita, Troy van Leeuwen from the Queens of the Stone Age galaxy, Matt Sweney from Chavez/Swans and Matt Helders from Arctic Monkeys. Apart from the latest who only played incredible drums throughout the concert, the other musicians alternated between keyboard, guitars and bass with an incredible sensitivity, joy of being on stage and a certain fandom also. Third reason was the setlist which was entirely based on the three best Iggy’s albums, namely “The Idiot”, “Lust for Life” and the new one “Post Pop Depression”. Listening live and for real by such tracks as “Lust for Life”, “Mass Production” or “Fall in Love with me” was really something I never thought I would live. 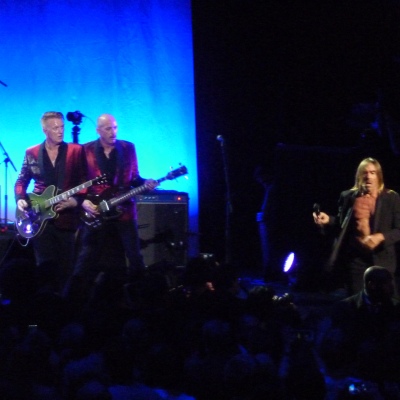 Fourth reason was the energy, love and enthusiasm showed by the little 69-year old man. He succeeded to keep his jacket for two tracks but as usual he took it off and spent the whole show bared-chested, showing his strange skin which is a mix of that of an old lizard and of an ageless punk rocker. The way he sang these songs was incredible and his voice was really on top. But more important, what made this concert special was the feeling of love and good vibes transmitted by him. I must say I have never seen so many hugs in one concert! 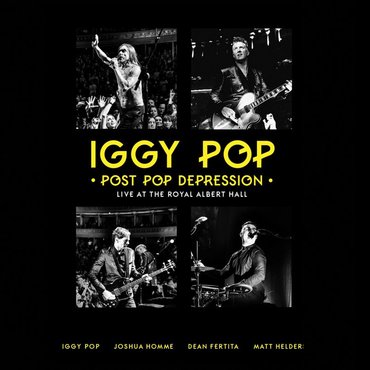 I was not the only one to feel the quality of this concert as we spotted after the show of group of people, including Kate Moss, Bobby Gillespie (Primal Scream) and Mani (The Stone Roses). I recommend also the following linked review by The Guardian who says it all…in better English. Last but not least, this concert is now available in CD, DVD or even better Blu-ray so watch if you want to experience the beautiful moment yourself in your sofa…or elsewhere.

…and that is not all there is to it for Iggy Pop in 2016. The great American director Jim Jarmusch filmed and produced a documentary on Iggy Pop’s first band called “Gimme Danger” . Jim Jarmusch has always been very much influenced and present within the world of music either through his movies where one could see the late Joe Strummer (The Clash) or the RZA (Wu-Tan Clan) acting or the documentary he did on Neil Young and Crazy Horse. The Stooges only actually released three albums but they are all indispensable and influenced generations of musician and music lovers. Not sure if this is already available everywhere globally but watch it when you can and in the meantime click to see the trailer.

3 thoughts on “My music personality and gig of the year 2016: Iggy Pop, Royal Albert Hall, 13th May”